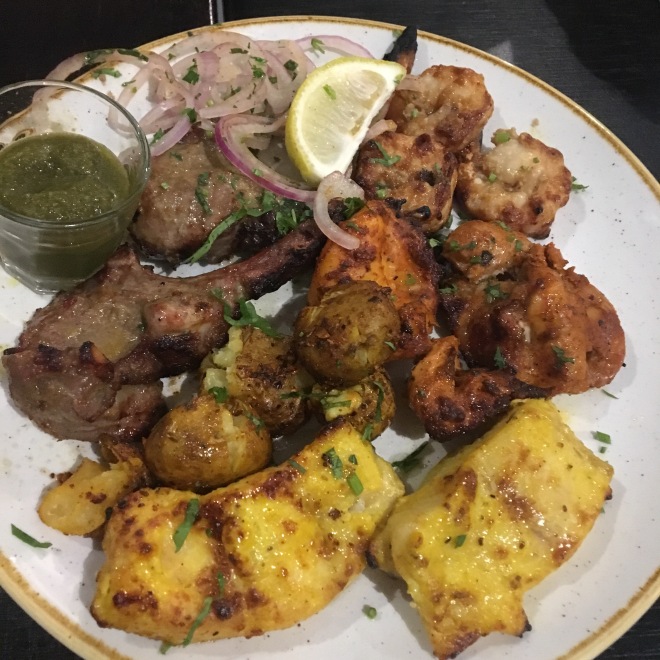 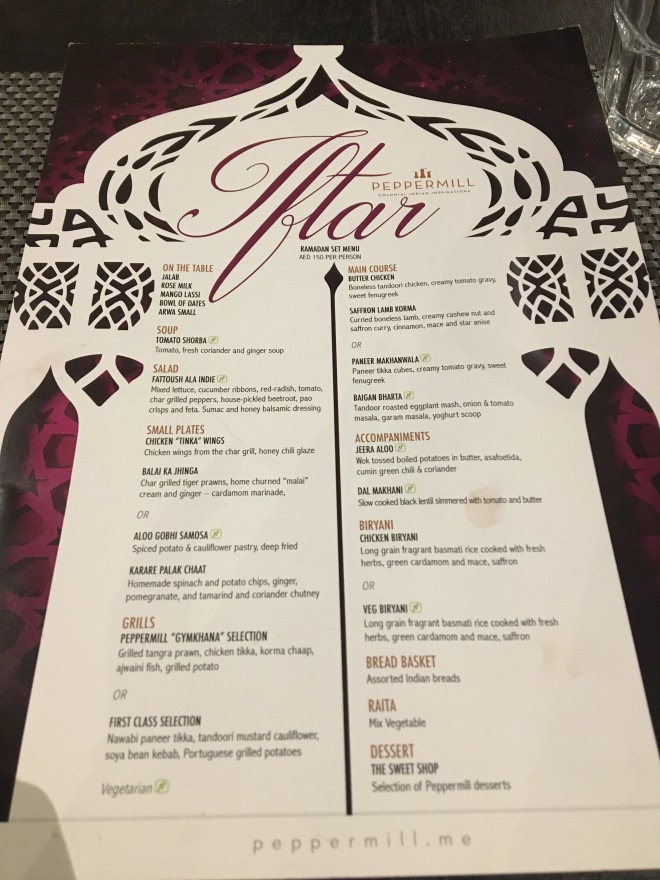 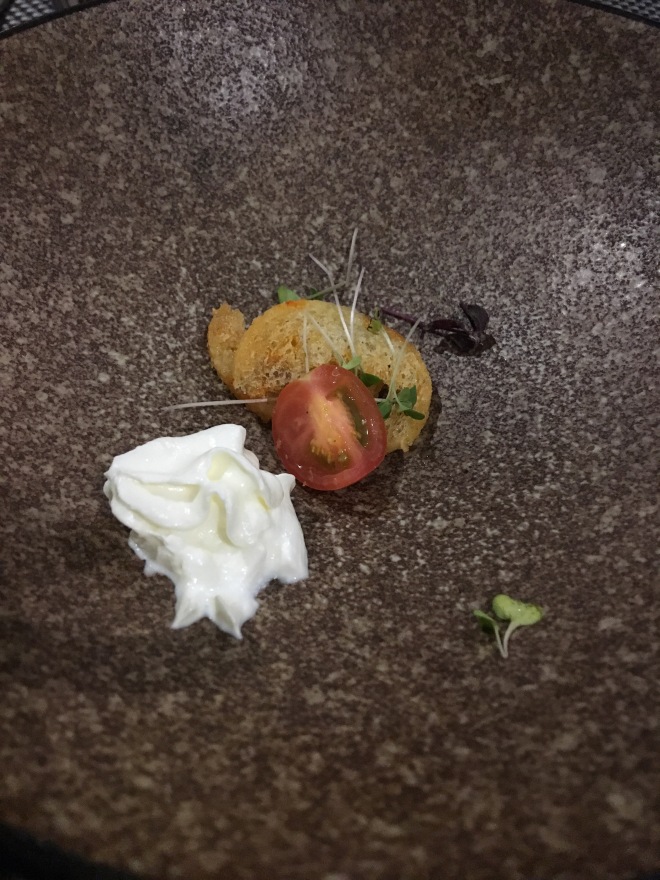 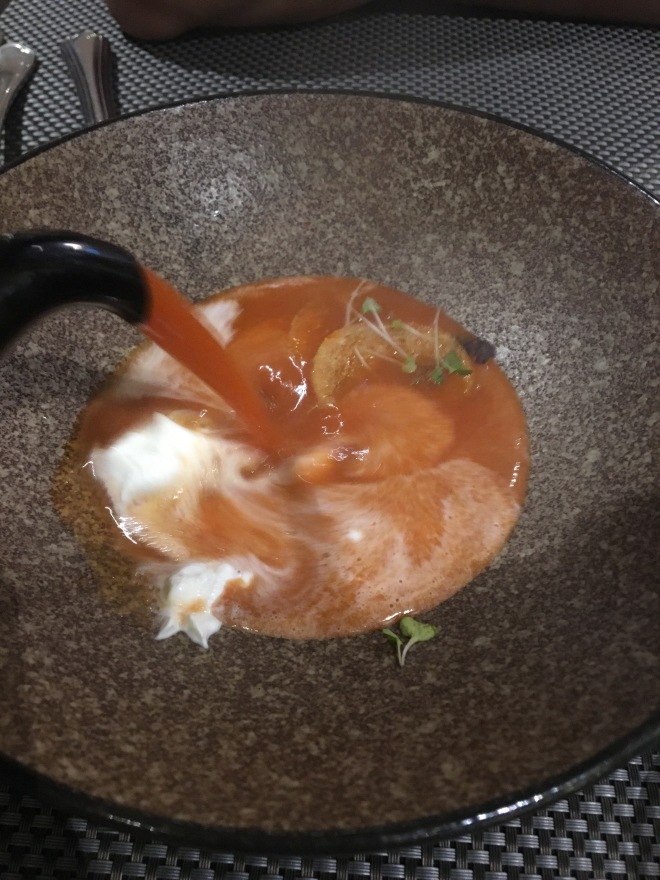 Perfect for..  A family dinner

What impressed…
Made a reservation for 7:30pm where they only allow the iftar set menu, which is beautifully curated. Someone put a lot of thought into the sequence in which the courses come through. The tomato shorba was fresh with subtle hints of herbs and spices.

We were keen on doing the a la carte menu. Although the kitchen wouldn’t allow for it, they did let us do “2 into 4” for the iftar meal which was generous – maybe with its own ulterior motives as we found below.

Hubs considered the shrimps served in the kebab platter to be one of the best grills he’s had in Dubai.

What depressed…
Unfortunately, I don’t believe Peppermill deserves its 4.7 rating on Zomato. We started eating at 7:40pm and were served the salad after the small plates. After this – between 7:55 and 8:20 – there was no sign of a server to pick up our plates. My husband flagged down servers twice and they said they would get back to us. Nobody approached the table. Hubby then asked for the floor manager to be sent to our table, who duly came and reassured us the food would be with us in a few minutes. Fifteen minutes lapsed, and we tried to just pay for what we had consumed to no avail as the manager begged for us to stay on. It was tense, as the calmer tables next to us where going through the exact same situation. The under-staffed team of servers had created a mini-tray where they were dumping used plates next to fresh food that was about to be served right beside our table. 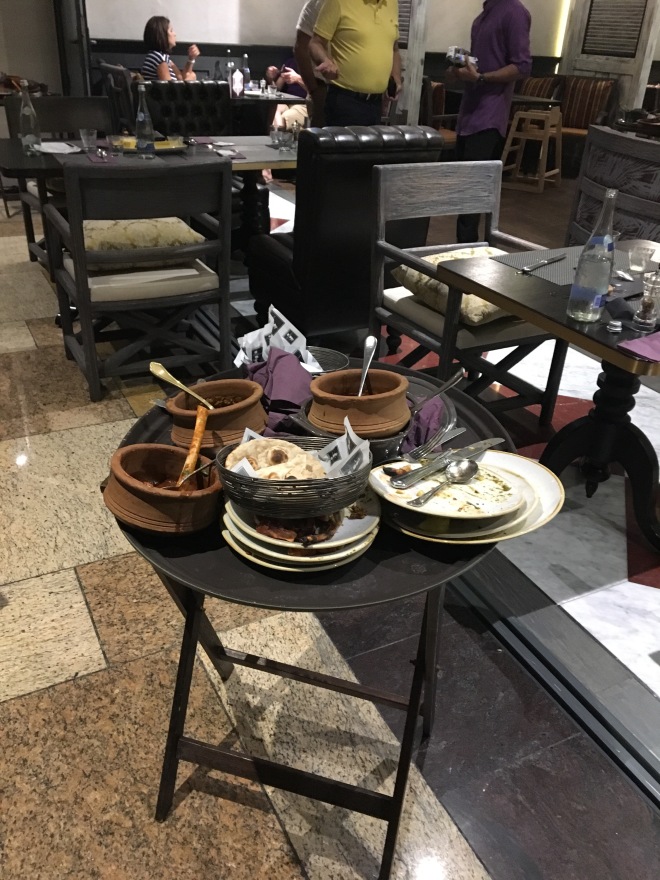 The grills finally showed up, served by the manager. Minutes in, as the server was prepping for the main course (which meant new plates); he took my plate while I was still eating! Now if you know me – you know that this is suicide.

The main course and desserts were very average in flavor and presentation. And the massive break between the courses and anger on our table left for an unsatisfying meal.

The server asked for our feedback and hubby is never one to hold back when it comes to scrutinising customer service/food. He replied only to tell us that they were short-staffed due to it being a weekday, where they had 30 reservations and an overflow of walk-ins. It also explains food shortage and them allowing us to share the Iftar set meals. I think it would have served the restaurant and kitchen if they had only informed us before – not that it would change the situation, but at least we can manage expectations accordingly. Maybe a few extra fritters to fill in the time.

Lastly, pre-Ramadan, they advertised the Iftar set menu at AED 99/person. We were charged AED 150/person. I am unsure who is at fault here, but another sour taste left for us as the customer.

Would we give Peppermill another chance? Possibly after Eid, we would see if the popular opinion stays at the same level and walk in to try their a la carte menu. But based off the above, I know I can get the same quality and flavor of food (in fact better) at Karachi Darbar – in a clean place and at a fraction of the cost.

You are part of

What you looking for?